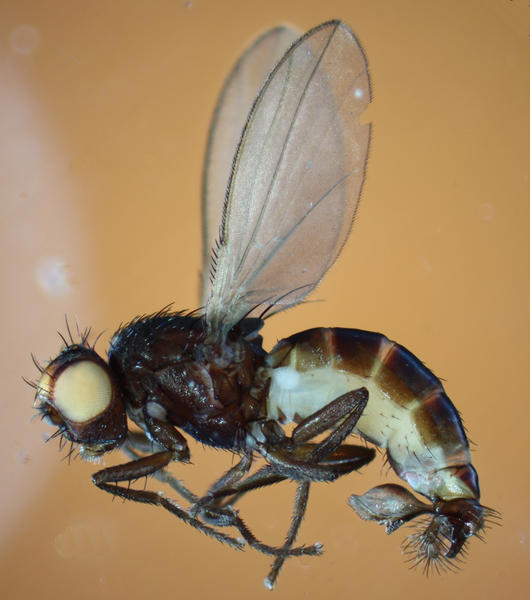 The Carnidae are quite small (1-2 mm) black flies and probably due to their small size, they have not attracted a great degree of study. One notable exception is Carnus hemapterus Nitzsch, which is parasitic on birds, and was therefore the centre of several studies. Most species of the Carnidae are saprophagous and are associated with carrion, faeces, or bird's nests. Adults can be collected on flowers of Apiaceae, Asteracea, Rosaceae and some other families. Worldwide there are five genera with 88 extant and two fossil species. Check out the species pages by browsing through the classification!

Information on morphology, biology, classification, and distribution of the Carnidae, together with a key to genera can be found in Hennig (1937), Sabrosky (1987), and Papp (1998), with some information also present in Brake (2000). The Nearctic species of the genus Meoneura were revised by Sabrosky (1959), and the genus Carnus was revised by Grimaldi (1997). A world catalog of Carnidae is available and a list of common names has been compiled 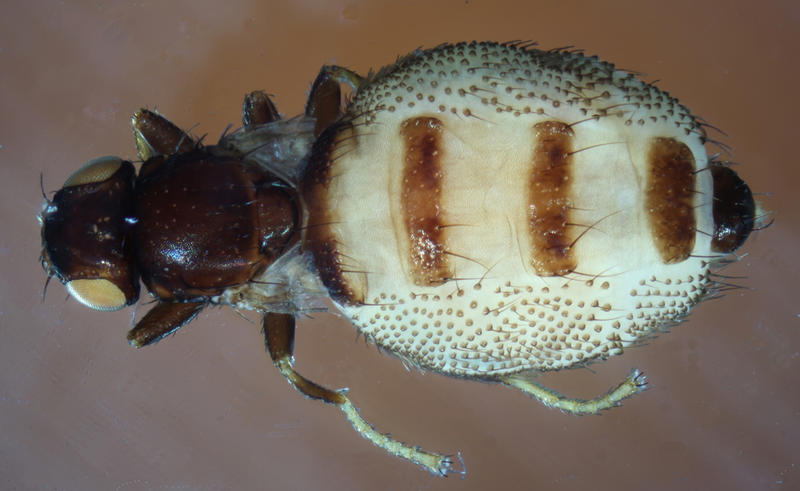 The position of the family within the Schizophora was discussed by Griffiths (1972), J. K. McAlpine (1989) and Buck (2006). Accordings to Buck's phylogenetic analysis Carnidae belong to the superfamily Carnoidea. The only genus of the Australimyzidae, Australimyza Harrison, has previously been included in the Carnidae by Colless & D. K. McAlpine (1991) and Grimaldi (1997). However according to Buck (2006) Australimyzidae are the sister group to Inbiomyiidae and are therefore not included in Carnidae. A molecular analysis by Winkler et al (2010) revealed that Carnidae are not closely related to either Australimyzidae or Milichiiidae and Chloropidae, but it could not be determined where they do belong.

A revision of the genera Meoneura Rondani and Hemeromyia Coquillett is badly needed as well as a phylogenetic study of the family.